Whether you agreed with her politics, or not, the former British Prime Minister was one of the most influential characters in world politics. 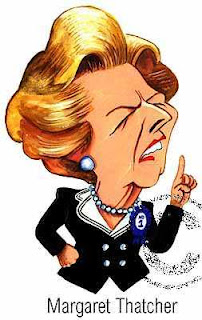 Baroness Thatcher was 84 years old and still a prominent public figure. In recent days she had attended a Remembrance Day ceremony at Westminster Abbey in London. News of her death hit Ottawa hard and the Canadian Prime Minister briefed his aides who drafted an official government statement mourning the sudden passing of Britain's Iron Lady.

Margaret Thatcher was Britain's first woman prime minister and served for eleven years from 1979 until 1990 making her the longest serving British prime minister of the 20th Century. Her strong stand against the powerful miners union and her leadership of the country in the Falklands War of 1982 earned her the monicker of "Iron Lady".

The embarassment of a terrible mistake swept through Ottawa as quickly as the original erroneous news. It was true, Thatcher had died. Minister John Baird is an admirer of the Iron Lady and had named his pet cat after her.