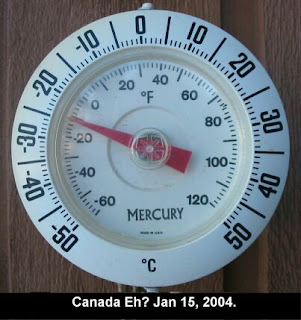 Reports reaching Blighty's Blog from the United Queendom today reveal a severe Arctic blast hitting northern parts. With temperatures falling to near freezing and snowfall accumulating up to 20cm, Britain is expected to grind to a slippery halt as massive school and road closures pound the country.

Britain's snowplow crew has been called out and asked to limit tea breaks to as little as 30 minutes in an effort to keep the country moving. Overnight reports from our Manchester bureau chief Corey Street tell of thousands of stranded motorists. Britain's snowplow will be working overtime in an attempt to clear the nation's highways. Corey reports the crew may be plowing as late as 7:00 each evening although their contract allows for a 60 minute paid meal break at 5:00pm.

The met office in London has put out a warning to motorists throughout Britain to stay off the roads except for essential journeys because temperatures could plummet to near freezing on higher ground.

Expat Canadians living in Britain have found shelter inside Spar grocery stores where Tim Horton's donut store outlets have been opening. Interviewed for Blighty's Blog, none of the expats have reported finding anywhere to buy a decent snow shovel, snow blower or snow tires for their cars.

The unusually harsh British winter is expected to last well into the early part of February when the garden centres re-open with early season sales of fresh daffodils and crocuses.