Is Phone Hacking Really So Bad?

The whole of the United Queendom seems to be worked up into a lather over the News of the World phone-hacking scandal. Without meaning any disrespect to the victims, it all sounds like a jolly big cyclone in a teapot.

The whole country is falling apart but members of parliament are frothing at the mouth with uncontrolled rage over the underhand tactics of a handful of journalists. Could it be that this is just the issue they needed to distract public attention away from their own impropriety in the parliamentary expenses scandal?

And is the British public really so embroiled over the phone-hacking issue? Didn't they make the "News of the Screws" the country's best-selling rag in the first place? Where did they think the salacious information in the paper came from anyway? 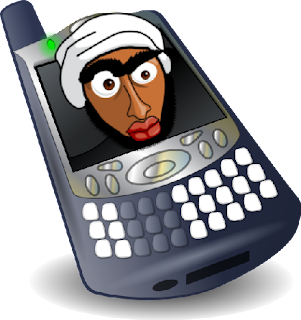 But the big
question is:
Is phone-hacking really so bad?
Yes?
Are you sure?
Well consider this; the BBC reported this week on Taliban outrage over the US hacking into Taliban phones and sending false messages to confuse the enemy in Afghanistan. Whoa! They'll be threatening them with guns next.

Labels: News of the World, Phone-hacking