Rebekah Brooks Out for a Duck

Once again Blighty's Blog is on the cutting edge of breaking news from the United Queendom. Our crack team of New York (just off the A19 near Newcastle-on-Tyne) based journalists were at the forefront of the action when disgraced News Corp CEO Rebekah Brooks fell into the hands of an angry London mob today.

Two of our correspondents were on the scene when Rebekah Brooks was taken by the mob and ducked into the Thames. Our exclusive pictures tell the story. Correspondent Ben Bigg in Westminster working with his counterpart on the south bank, Surree M. Bankment, shot these pictures as the action unfolded. "She just couldn't hack it" reported a Blighty's Blog editorial staffer who was a member of the Ducking Committee. 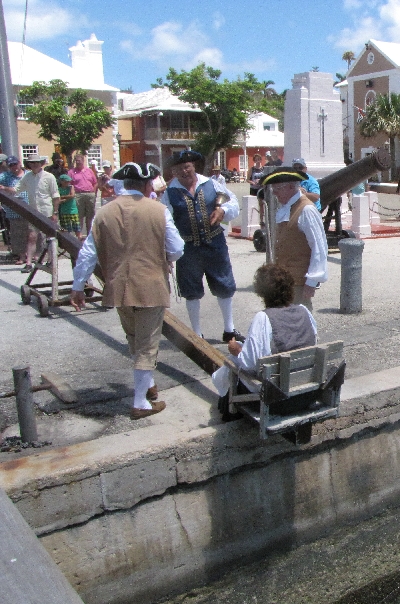 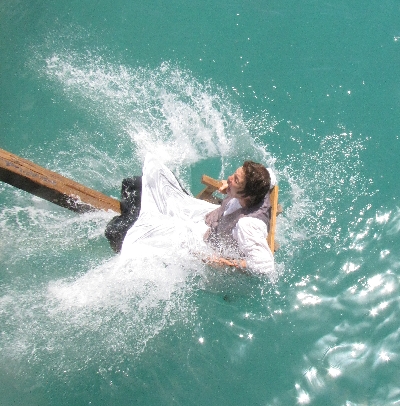 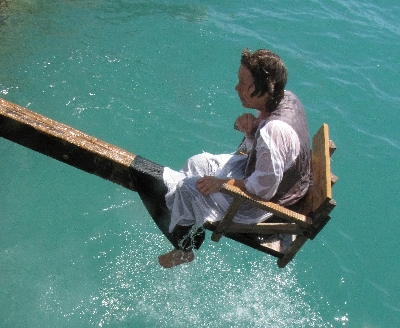 Rupert Murdoch to Visit USA
News is also pouring into Blighty's Blog's global HQ about an impending trip by News Corp head honcho, Rupert Murdoch to the Excited States of America. Interviewed by phone on Saturday, spokesman Billy-Bob Swamprat - a uniformed US government employee - revealed that Rupert Murdoch has been invited to come for a fun-filled fortnight at an exclusive US government resort in Cuba.

Murdoch will enjoy two full weeks of all-expenses paid fun featuring waterboarding and other sports as well as singing lessons. Mr Swamprat told Blighty's Blog that, by the end of the vacation, Rupert Murdoch will be "singing like a canary".