10 Things I Miss Most About Britain: #9. The British Countryside 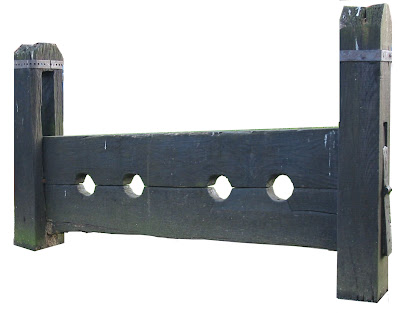 The Anglian Archipelago
Britain is an island, actually a group of islands. Canada has a land area 36 times larger than Britain. The whole of the British Isles would fit inside Hudson's Bay five times over. But the population of Britain is approximately double that of Canada. You would think that the British stand shoulder-to-shoulder from coast to coast to coast. Of course, that isn't the case. There are very large areas throughout the British Isles that are either unspoiled, uninhabitated or open countryside. Vast areas in fact.

Mighty Mountains
Britain has several mountain ranges (at this point Albertan and BC readers roll on the ground in uncontrollable paroxysms of mirth). So does a mountain have to be over ten thousand feet high to be called a mountain? There are many lofty places in the British Isles. If you were to fall off any of them you would be singing with the choir immortal just as surely as if you had an accident in the mighty Rockies.

Britain's highest peak is Ben Nevis in Scotland. It reaches a height of 4409 feet and to reach the summit climbers must scale 2000 feet high sheer cliff faces - or walk up the easy ascent trail on the other side.

Marching Through the Heather
One of the most unique features of the British countryside are the moors. Moorland can be found almost everywhere except the southeast of England. The moors are a treeless expanse of often steep hills, sometimes covered with rough grasses, sometimes with brightly coloured purple heather. I have never found anything to match the British moorlands anywhere in North America.

The White Cliffs of Dover
In the southeast of England you will find rolling chalk hills; the North and South Downs. Near Dover in Kent, these hills drop off sharply into the English Channel to form spectacular cliffs. East Anglia in east central England is very flat and very close to sea level. The land is drained by a series of dykes to prevent flooding.

Narrow Winding Roads
Wherever you go you will find small villages separated by winding narrow roads. The province of Ontario in Canada was first surveyed by Governor John Graves Simcoe. Simcoe divided the province up into square parcels of land each exactly 200 acres in size. Roads were nearly always dead straight for long distances. Not so in England. English roads were built to go from one place to another as directly as possible, but winding around natural obstacles and privately owned land. You can rarely drive very far on English roads without encountering bends.

English roads were constructed over a period of hundreds of years. Many roads were designed for the horse and cart and are very narrow indeed. Canadian roads were built for the automobile and, in most provinces, have wide shoulders and ditches either side to aid snow removal in winter. English roads have hedgerows either side from which you can pick berries to make "summer wines".

English Country Gardens
Rainfall in Britain is relatively high compared to much of Canada (well, no surprises there). The vegetation tends to reflect that. The scenery is greener than most of Canada and there is a unique scent of nature in the air following a rainfall that I have only witnessed in the lower BC mainland over here. And, above all, a gardening season that lasts almost the entire year! How many flowers are there in an English country garden?