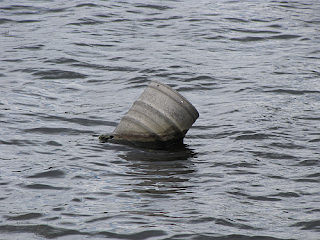 Ice Cold Tubes of Slop
Forget about Bavarian purity laws and Aussie slop whose only claim to fame is how cold it can be made without actually freezing.

The Beer That Made Milwaukee Flameless
American beer is used for putting out brewery fires in Canada which is a terrible shame because, if there is any justice in the world, most Canadian breweries should actually be left to burn.

It's Alive!
What makes British beer the best in the world? It is alive! Literally. British real ale is delivered with live yeast in the barrel. The big Brit breweries tried to convert us to pasteurized, pressurized keg beer but their malevolence was defeated by one of the fundamental rules of physics: "to every action there is an equal and opposite reaction".

Throw it in the River
The reaction to keg beer was a massive public uprising in favour of traditional ale. Blighty's Blog travelled to Peterborough, England this summer and saw what the people there do with beer that doesn't measure up to their standards. As our picture shows, they simply toss it into the river.

Time Gentlemen Please
So why then are British pubs closing at the rate of 40 per month? Some blame the ban on smoking, others point to supermarket aisles bulging with cheap booze. I blame people like the friends I stayed with while in England. The poor pubs just couldn't keep up with their appetite for English ale. God bless them.

Labels: beer, Tales From the Trip