Tales From the Trip: #9 Seven Feet Under the Sea 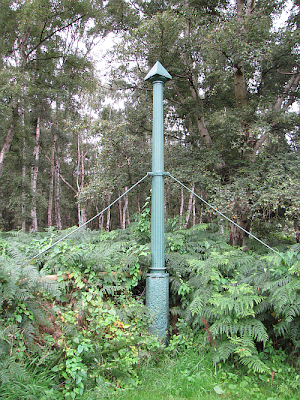 It was a strange experience. I was standing seven feet below the sea without getting wet. Sure, the ground beneath my feet was damp but, as I looked around, I could see that I was definitely on terra firma.

The Lowest Point in England

I was in Holme Fen near Peterborough, England. Holme Fen is the lowest point in England at more than seven feet below sea level. The picture above shows one of the Holme Fen posts. They are used to measure the depth of the land below sea level as the fens are drained.
All Dried Up
The whole area used to be covered by England's second largest lake called Whittlesey Mere. But the lake was drained dry in the middle of the nineteenth century and the peat began to erode as it dried out. There are date markers on one of the posts showing the height of the land at various points in history.
On the Level
The top of the original post was level with the ground one hundred and fifty years ago, but erosion of the peat has dropped the land to its present level. 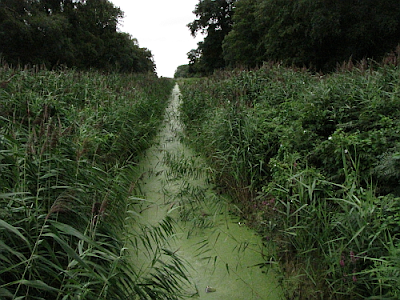 Dykes Everywhere
The terrain in the English fens is quite unique and unlike any other part of England. Vegetation is thick and rich due to the peat base and ample water supply. Thousands of dykes carry water away from the fields and they all have names. One of them is called "Pig Dyke"; nobody knows why. This was definitely the lowest point of my trip!